Log in Register
What's new
You are using an out of date browser. It may not display this or other websites correctly.
You should upgrade or use an alternative browser.

How Picky Are You When It Comes To Video Quality

We had a similar conversation at a tracker forum, so bringing it here. I remember back in my n00b days I didn't care at all about video quality. HD video was just getting started in 2008, and a lot of movie releases were the usual "1 or 2 CD" 700 MB and 1.4 GB rips from scene trackers. I was using public trackers in 2008, and so my collection was usually those scene releases.

Slowly, I learned about better quality stuff. For example, one tracker specialized in "AFR" rips, where the size was not set at a certain number, but was a fraction of the raw disk. The encoders also tweaked the settings such that the quality was better. In addition, there is a whole art to making a high quality video encode, and it involves using multiple programs as opposed to just using "Handbrake" or something similar. Some would just prefer to grab the raw DVD-R video, and if you've got the space, that will work as well.

HD Video changed things. Even the scene HD videos were vastly superior in images than the standard DVD rips. I found myself just deleting all my standard DVD rips if there was an HD one. Now again, initially, I was just grabbing a 4 GB 720p rip out of convenience, but then I started to get "snobbier," and going for those huge 1080 Blu-Ray rips, especially if it was an "internal" rip using much higher standards than a scene rip. (Looking at side by side screenshots you can see the difference.) However, I can't tell the difference between various internal rips. So basically, I started gravitating towards the very best rip I could find.

But here's the kicker. Remember a lot of my favorite movies were old and/or rare. They may not have been blockbusters, or "classics." Some were movies I remember that came out in the 1970s or 1980s, and they didn't do well in the theater, so the best you can find on the internet is a crude VHS rip or a TV rip in the event someone capped it on one of those "old movie" TV channels. Well obviously, if an HD rip came out, I'd love it, but I am perfectly happy having the VHS rip if it's the only thing out there. Also note some of those movies don't exist on film anymore. They were converted to tape to be played on TV and the actual film master is gone. So when that movie comes out on DVD, it is a "telecine," so it's not much better than a VHS rip. (cropped and resized for TV). Plus if you watch it in slow motion, you can see those annoying "interlaced" horizontal lines, a telltale sign of a telecine rip.

My hope is someday, film buffs can try to find the original film of those old movies and make HD versions of it, and have it available "on demand" via digital download. Note for my very favorites, I'm willing to pay for these. But since a lot of these movies are not commercially available except for a used VHS on eBay, I have to use my "alternative means." 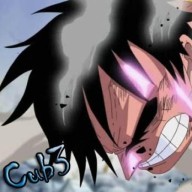 I have an 80inch TV and in order for me to watch a movie I really want to see. it has to be in 1080p. TV shows 720p is more than enough. The wife likes The Walking Dead, since that has been hitting the scene at 1080, well fuck it, i just get it. Can she tell a difference? i doubt it.

Now, the most important thing to me out of HD is having that 5.1 Surround sound. I have the receiver and system for it. I cannot watch a movie without it. period. So i am very picky with sound since quality is already good enough at 720 or 1080.

I think it depends on the movie, special effects, etc.

I have standard definition eyeballs and little disk space, so I go for SD.

With TV screens getting bigger and bigger and home theatre audio systems becoming more commonplace, more and more people are becoming focused more on quality. In the past few years I've had numerous friends and family come to me with questions about finding better quality releases online as they're starting to find that watching DVDSCR's, BRRips and BDRips that they find at TPB look and sound very poor when you're watching them on a 65" screen with 7.1ch surround sound system. Obviously I don't go to in depth into the topic and go on about comparing sources, and comparing encodes etc. but I give them a basic rundown on how to identify a reasonable quality encode. So in saying all that, I guess many people these days are interested getting better quality content purely because its becoming more apparent how shit the shit quality content is!

TheFranswer said:
I have standard definition eyeballs and little disk space, so I go for SD.
Click to expand...

I was extremely picky before. I only download full blu-ray disc at 2011. After I am tied of those menus and large size. I go 576p or 720p.
Now I can accept BDrip to 1080p movies.
I seldom download raw DVD-R unless it only has DVD version.
I think 720p for laptop is very enough. For 20 inch' and lager screen I think I will choose 1080p.
We must know that comfortable is the most important part of relax.

I'll take a bad rip of a good movie anytime over a good rip of a bad movie.

Actually there are some rips that I won't download (nor should you) because they are total crap. I don't need to get a CAM (synced sound or otherwise). They are awful, with some having huge hard coded Chinese subtitles, and audience noise. I also generally avoid DVD Screeners as well. They often have a warning message scrolling across the bottom. Now before I didn't make a big deal out of BRRips and other re-encodes, but since I find lossy to lossy encodes unacceptable for music, I should similarly find them unacceptable for movies.

I also follow paradox8's rule - keep the best encode of the movie I like, so once something comes out in HD, my SD (or VHS rips) go bye bye. But as I wrote, for older movies, those telecine rips for sale on DVD aren't much better than a VHS rip. (Except being digital, they don't degrade like a tape.) It's great when the movie studio remasters these on Blu-Ray, and have the correct aspect ratios.

My computer can´t really display HD very well, even with a tweek here and there on VLC, so the highest I go is 720. I really don´t mind that much as long as its a good movie


Hopefully when 4K video takes off, 10 TB hard drives will be available and affordable, 100 GB up and down speeds will be standard, computers will be fast enough to play 4K video on 4K screens easily and there will be no bandwidth caps set by ISPs.

My MacBook Pro has 2 "Thunderbolt" ports (for input and output) which theoretically allows you to play 4K video on a 4K screen. There are also Thunderbolt compatible external hard drives available as well, but VERY EXPENSIVE.


I first doubted to buy a 4k pc-screen, theu are quite cheap lately, but I don't see the advantage for now. Ok, quality is better ofcourse, but content is not that widely spread.

I watch the highest quality I can find the majority of the time. If it's content for someone else like the wife then a 720p does the trick.

Willing to Give Trump To Australia

I go for SD every time. I watch stuff on my computer, and frankly, if it's SD, I can seed it for awhile. If it's HD, it looks blurred on my computer most of the time, and it takes up too much space. I almost always just go ahead and convert it into SD, and stop seeding as soon as I've done the absolute minimum (as opposed to several weeks or even months for most SD). Not only that, but I prefer mp3 to flac. I can play mp3 on anything. Any time I can only get FLAC for what I want, I convert it to mp3, and only seed it minimally, as opposed to months for most music files. FLAC doesn't play on my mp3 player, or on WMP. I have to use VLC, which is not my favorite program for playing music.

I think the whole HD thing (and FLAC thing) is overrated. I just want to watch the stupid show, not archive it for all time (if I was that serious, I would seriously consider buying the blueray). I usually keep a copy, but I tend to talk online or play games or write descriptions while I'm watching TV online, so I'm not watching it that close anyways. (I'm listening, though!)

Yeah, for TV shows I don't get it in HD if it's one of the reality shows I watch. (Like "Shark Tank" for example. Not necessary to watch that show in HD.) Sports torrents I always get in HD, however. (Esp since I don't have HD cable TV at home.)

I use MediaMonkey to play FLAC on the PC, and VLC for the Mac as there is no Mac version of MediaMonkey. My HD Audio albums (in FLAC), sometimes at 100 MB per album, is still smaller than the HD video stuff I get.

To answer this seriously, I usually do 720p for all TV and most movies, if available. 1080p if the size is reasonable, and/or if the extra quality will benefit my viewing enough.

I subscribe to the beggars can't be choosers logic!; but I do appreciate the larger HD rips when DLing to my HTPC where the small stuff is all fuzzy.

For archiving; it depends on the number of files/episodes, as I like 'em to fit on a single BD

Personally haven a huge 65" 4k tv with 7.1 surround sound all around i always go for the best quality out there, i tried to go to standard but its just an eyesore, the bigger and better the tv the better standards of video quality you will want! I personally could never go back to sd, it would be the same as watching a cam rip.

I am pretty picky about the quality usually. I dont go full blu-ray ever though. 1080p and about ~10GB+ releases from good and reputable encoder groups are something to get. But I have bad habit not to delete movies from my computer, and I could be seeding for years, so I run out of space all the time. (I have 5TB of HDD space :/) That's why I usually just take ~5GB 720p releases from maybe scene groups or P2P groups.

For series I go with 720p HDTV scene releases if there are nothing better available. Any 720p release is good enough when it comes to series. If I really like some series then I usually get the best 720p release. Usually if there are BluRay releases, I'll just take those. This is true for any older series I want to watch. (I just started watching Chuck again with 720p BluRay. I believe I still have divX releases in my computer somewhere but that is not how I like to watch series these days.)

My screen is around 110"(when I have a working PJ), I only grab full discs and the occasional mux(prefer to mux myself) as difference in resolution is visible IMO.
Show hidden low quality content
You must log in or register to view replies here.
Share:
Share
Menu
Log in
Register
Install the app